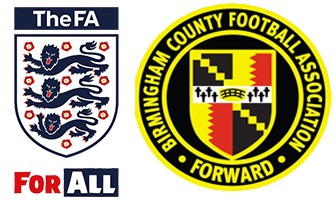 Tom Jones has been in the national news recently after disappearing before his body was sadly recovered from the River Severn in Worcester.

The 18-year-old University of Worcestershire student had close connections to football in our County with it being a massive part of his life having previously been involved with West Bromwich Albion, before playing at a competitive level for Bromsgrove Sporting FC.

With a vast amount of matches taking place across the Birmingham County FA this weekend, it has been marked as an opportunity to remember Tom by by conducting a minute of applause, or silence, before your matches.

This would mean a great deal to Tom’s family, friends and all of his connections in football.